COVID-19 and on-going global lock-downs have shown that nothing is of greater priority than the digital transformation (Dx) of your business – whether that is producing art, performing, or creating live performance. In this ninety-minute workshop we unpack exactly how to approach your own digital transformation, by examining its four major components: business process, business model, business domain, and organisational culture. In so doing, no matter where you are in your digital transformation journey, you will learn to recognise further opportunities and how to create more value from digital. In the final chapter of the workshop, we demystify ecommerce to reveal how easy it can be to begin selling your products or services online. Work through the top website builders to understand which is best suited to your needs – from Wix to Squarespace, and WordPress to Shopify. Learn the language of ecommerce so you can start building your online shop, get more out of your existing store, or understand better how to guide your website designer to produce exactly what you need.

Through evaluation and study on a series of exhibition projects and initiatives that have reacted to shifting developments in web and digital technologies since its beginning, this webinar describes the evolution and progression of curating for and in the digital age. This evolution demonstrates how curators have designed exhibition models that serve as presentations not just for exhibiting (web)site-specific art, but also for creating and sharing it in a context that reacts to advances in web technology. In reality, with the proliferation of digital tools, these networks have created collaborative structures of creative development free from the physical and conceptual constraints of the institutionalized white cube. These digital platforms have become important for sharing and showing art, encouraging its production, allowing multiple forms of social participation and creating a democratized critique of the ideologies of the institutionalized art world.

Ben and Caroline present their process for creating unique characters and concept design.

A workshop with Dylan Valley, alumni of the New Dimensions Lab, an annual residential training lab run by Electric South which brings together a diverse group of African artists to develop stories through creative technologies alongside leading industry mentors in the XR community. Azibuye – The Occupation, Dylan’s project to come from the 2018 lab, was the first ever South African VR/360 work to premiere at the Sundance Film Festival. He talks about the process of adapting one’s story to suit the 360 video format, challenges and possibilities to expect when working in VR and key takeaways from the Sundance New Frontier showcase. Electric South is an NPO that provides mentorship, production services, funding and exhibition for a network of artists across Africa to explore their worlds through immersive, interactive stories including virtual and augmented reality, and other digital media. We believe that new technologies must open up spaces for original voices and underrepresented narratives. Our role is to support the first wave of African creators of immersive, interactive stories through training, production and distribution. 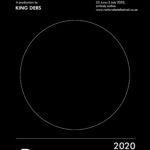 The film ‘Tlhago’ explores issues of mourning the cultural and natural worlds we have lost. Thom van Dooren writes that “mourning is a process of learning and transformation to accommodate a changed reality. Mourning is about dwelling with a loss and so coming to appreciate what it means, how the world has changed, and how we must ourselves change and renew our relationships if we are to move forward from here… genuine mourning should open us into an awareness of our dependence on and relationships with those countless others being driven over the edge of extinction.” The film is meant to be a commentary about the processing of my situation within the current epoch and a reflection of the debilitating feelings of powerlessness I feel in the face of the massive issues we are facing.

Posthuman is a joint work between award winning composer/musician Franco Prinsloo and visual artist Sonya Rademeyer. The project was created within the confines of the lockdown and across geographical distance, challenging traditional methods of creating. Having done collaborative work before, both artist and musician were able to respond and interpret one another’s work in a way that oscillates collectively, making it in itself a ‘dance for two’ (pas de deux.) The musical composition of the same title ‘Pas de Deux’ from the album Sunnyside Suite, explores the idea of intersections as a place of flux where different roads both meet and part. The composition is not only incredibly well suited to the video footage that examines a post-human topography, but also in the way that the video echoes the musical idea of intersection at a metaphorical level. The joint-work therefore questions whether humankind finds itself as a cross road where certain choices need to be made.

‘Virtual Black Out: Experiments in the Future of Form’ takes a bold step into digital “space” making for virtual theatre and performance. Starting with experienced scenographers and digital arts in a collaboration of skills in space, set, light, location and time this project engages form as the spark for new collaboration in digital theatre making. POPArt and Fakugesi Festival come together to bring into collaboration a stellar group of writers, directors, actors, scenographers and digital artists from South African and beyond to produce five short unique and diverse experiments in the future of form.

World Premiere at International Documentary Film Festival Amsterdam (IDFA) 2019 A poetic essay and an uneasy love story, Lagos at Large is a tribute to the largest city of Nigeria by poet Njideka, a daughter of the diaspora living in Austria. The short film is a lyrical collage told in short segments, as we plot a course through the noise and urban chaos, made pressing and real in VR. Navigating through different city spaces, marketplaces, public monuments, sites of leisure, mass transit, and crowds and cars passing through busy city arteries, the artist asks shrewd, unflinching questions of her surroundings. With a manner both playful and acerbic, between spoken word and memoir, the narration unfolds difficult questions of class division, international development, economic policy and the differences between those who return to the country from abroad and the people who never left. The piece is a tour through the imaginary as well as the material space of Lagos, blending autobiographical and critical engagement. Lagos at Large is supported by Electric South, imisi3D and IDFA DocLab and will enjoy its South African Premiere at the National Arts Festival 2020.

About the National Arts Festival

The National Arts Festival is Africa’s biggest and boldest celebration of the arts. It is held annually over 11 AMAZ!NG days in June-July in Makhanda (formerly Grahamstown), South Africa.

Visit www.nationalartsfestival.co.za to find out more

NAF’s media is run by Sascha Polkey of Rabbit in a Hat Communications. If you’d like to get in touch, send an email to media@nationalartsfestival.co.za